Maximize capacity and minimize downtime with the Typhoon from iPaddock.

The Typhoon is designed to aggressively grab crops and pull them through in a constant steady flow, allowing you to go faster and get the crop off quicker. The Typhoon drum is smaller than the competition giving you more space to feed crops through.

Featuring 25 solid steel fingers (7-13 more than OEM models), the Typhoon grabs more crop at a time, and grabs it faster too. The patented paddle flighting on the drum eliminates the common problem of clumping in the feeder housing. The breaks in the flighting allow for an even distribution of your crops coming in to maximize your feeder housing and pushing an even flow of crops to your concaves to thresh evenly and maximize the capacity of your combine.

The Typhoon also features a quick-adjust, allowing you to determine when the fingers are fully extended. By loosening one nut, you are able to adjust your finger timing by 150°, unmatched by any other drum on the market today. The Typhoon’s design has also eliminated the need for a reversing clutch.

The 1 3/8” driveshaft is thicker than others on the market to prevent bending and the hinge-style finger holders allow you to replace parts in minutes.

“Since making the first unit in 2016, running them in our four MacDons, and talking directly with other farmers, Typhoon now combines my original invention with big updates in construction and usability. Typhoon has paved the way for straight cutting canola not just on our farms, but all over Australia.”
– Mic Fels, canola farmer and inventor of the iPaddock Typhoon and Twister 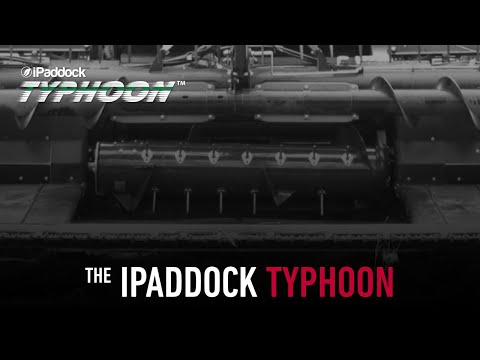 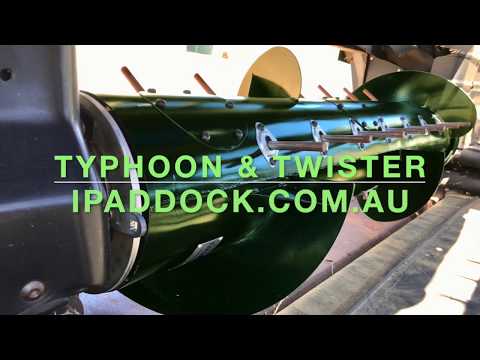